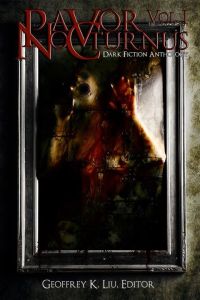 Welcome Coffin Hoppers!  Today I have a guest post lined up from young Darrin Clark.  Darrin became ill six years ago and the sickness left him blind.  Now, at age nine, he is here to talk about his father and the cure his father has promised him.

Hi, my name is Darrin Clark and I’m nine.  Since I was three, I’ve been blind.  My mom and dad say I got really sick and my eyes stopped working from the fever.  I miss watching cartoons and looking at my books.  Mom’s been gone on a business trip and dad said I could stay home alone if I stayed in my room.  He says he has important work to do.  Before he left, he gave me some nasty tasting drink and it made the darkness go away for a few minutes.  I didn’t like how plain my room was.  All the stuff I had when I was three was gone.  The walls were white and before I could look around more, the darkness came back.  Dad left the house sad, but he said when he came back, he’d have something else for me.  I was sad too.  I really wanted to see a cartoon again.  Instead, when he left I turned them on and cried as I listened.  I’d touch the screen, trying to feel the cartoon, like my books, but I only felt the static.

I feel so alone in the dark.

Dad came home and he gave me another dose of the nasty drink.  This time, it worked.  I saw everything again and it didn’t fade away.  The color stayed and I watched the cartoons and not just listened.  Dad was very happy and rushed off to go tell Uncle Edward.  He’s not really my uncle, but he acts like one.  I like him.  I’m happy to see again, but I’m happy for dad.  He promised me he’d help me see again and he did it.

I had to call dad.  There’s some small black dot in my vision that keeps getting bigger.  I took a nap and it grew while I slept.  There’s also something whispering in my head.  It repeats, “Sleeper, sleeper, sleeper”, over and over again.

I hope dad hurries home, I’m scared and the dot is getting bigger…

Darrin is from my story, “The Sleeper Wakes”.  It was originally published in Pavor Nocturnus Vol.1 and was reprinted in my collection, Wicked Tales for Wicked People.  The tale is one of my personal favorites and the ending is one of the two that really wrote themselves.  So be sure to pick it up and check out what happened to Darrin and his father.

Today is Day 2 for the Coffin Hop 2014 and that means it’s time for the second question to answer for a chance at some prizes (go here to see the rules and prizes).

Question 2:  Yesterday we offered up our favorite horror novel.  I realized I didn’t give up mine.  I thought long and hard about it and I settled on ‘Salem’s Lot.  I began reading Stephen King in the 4th grade and it was the second one I read and it shaped me.  I will always hold it in high esteem.  So, what is everyone’s favorite horror film?  Discuss… 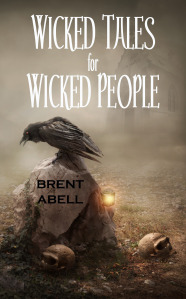 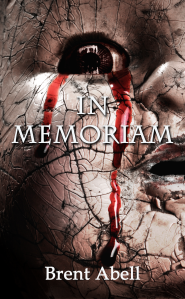