Greetings!  Today I’m going to step aside and let a new voice rattle your brain about the world of horror.  I’m pleased to welcome Aiden Truss to the podium to share with you his love of all things horror.  He also is the author of the newly released, Gape, from Sirens Call Publications. 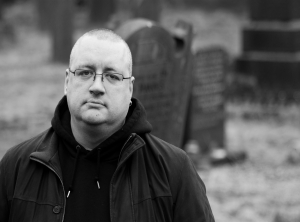 What Horror Means to Me…

On the face of it, it seems strange to think that something involving gruesome faces, buckets of blood, screaming in pain and dark shadows should provide a source of comfort. But that’s exactly the way I see horror movies and horror novels. They’ve always provided an escape and a way of insulating myself from the world.

It wasn’t even just when things weren’t going so well for me. I’d always just naturally retreat to my room or to the library for a fix of horror. I was allowed by my parents to read teenage ghost anthologies, but they were always uneasy when I arrived home from the adult section of the library with the latest installment in the Amityville or Omen series of books. I read anything with ‘Dracula’ in the title and even remember coming home with the novelisation of Nosferatu when Werner Herzog remade the movie in 1979. There was no way that I’d get to see it at the cinema as I was only eight years old at the time. It did in fact show on TV a few years later and I surreptitiously recorded it onto VHS. But it was a big disappointment after the pictures that my imagination had painted whilst reading the book.

I never had a VHS machine in my bedroom, but I do remember the BBC running a long season of classic horror movies when I was a teenager. For a while Saturday nights saw a double-bill of Dracula, Frankenstein, Wolfman and Mummy movies. These hours of watching in the darkness of my bedroom were the highlight of my week and I’d swaddle myself in the black and white shadows like a favourite old blanket.

My other main fix of horror was from one book in particular. It was called A Pictorial History of Horror Movies by Denis Gifford and I must have loaned it from my local library hundreds of times. I managed to get a second-hand copy a few years ago and realised that I had never actually read any of the text other than the captions beneath the photos. I’d spent all my youthful time poring over the images from start to finish before going back to the beginning and starting again. I’d lose whole afternoons daydreaming about one day being able to see Lon Chaney actually playing The Phantom of the Opera and Max Schreck as Count Orlok and Christopher Lee in the various Hammer incarnations of Dracula. I might have struggled with algebra and geometry at the time, but I could have reeled off the year and main cast of just about any of the classic horror movies.

My local video store used to post their catalogue through the door on a regular basis and this too was something that I loved to look through. Films like I Spit on Your Grave, Dead and Buried, Scanners and Halloween III all ended up on my growing list of films that I was going to watch (if only I could get them past my parents). I only got to see The Exorcist because a friend talked his granny into hiring it for us. We watched it at her flat while she was out and were scared witless and convulsed with laughter by turns, so over-the-top were the special effects.

Of course, now I have all of these films on DVD and they still have a special magic for me. I have all the books too, and now that I’ve made my own tiny contribution to the genre, I’ve realised a long-held ambition to give something back to the world of horror. 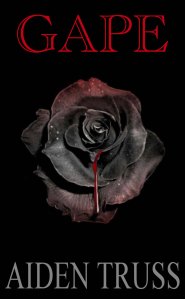 When Rose woke up in her favourite shop doorway, she was resigned to yet another day of hunger, struggle and abuse. This was life on the streets after all.

What she wasn’t prepared for was a visit from a demon, an invitation back to his temporally insubstantial sanctuary, and forced to take sides in a battle involving most of the denizens of hell. Oh, and a boat trip down the river Thames.

After a disappointing start to the day, things were about to get a bit more interesting…

Aiden Truss is a forty one year-old geek who still thinks that he’s twenty-one. Despite never having grown up, he’s now been married for twenty four years and has two sons who have grown up against all odds to be strangely well adjusted.

Aiden spends his time flitting between high and low culture: he holds an MA in Cultural and Critical Studies and can often be seen stalking the galleries and museums of London, but also likes watching WWE, listening to heavy metal music, collecting comic books and playing classic video games.

Aiden lives in Kent, England and Gape is his first novel.

Be sure to stop back for another guest on Wednsday as I get set for the 2013 Coffin Hop.

Ok, or day depending on what part of the planet you’re on right at this moment…