2016 was the most challenging year I’ve had since I began this journey. Over that past twelve months I re-entered the short story fray, published the long gestating Southern Devils, and Sirens Call Publications released The Calling. I held a very successful signing at Secret Headquarters and made my third appearance at Imaginarium in Louisville, KY. Over the course of the year I also completed my story for the Middletown Apocalypse sequel and began the Southern Devils sequel. The icing on the cake was having one of my writing idols tell me how much they really enjoyed a story of mine and have this site become brentabell.com.

2016 was also very bittersweet. We said goodbye to Bowie, Prince, and Rickman. We watched our political system come apart at the seams and the divisions in our country grow.

On the positive side, the Cubs won the World Series. If you know me, you know I am a die-hard Cubbie fan and have been since I was a kid. It was a moment I thought I’d never see and I’m thankful I had the opportunity to share it with my sons. That night there was yelling, screaming, praying, and lastly tears.

I will be in two anthologies coming very early in the year. I’ve stayed out of the short story market, but I have been slowly bringing myself back into the fold. I will finish Southern Devils: Reconstruction of the Dead over the next few weeks and began prep on the last book in the trilogy. I have a top-secret project brewing now and I hope to have it ready to release when I make my first appearance at Scares That Care! weekend in July. Over the year, I also want to finish the next White Creek novella and a full novel set there. But, I’m sure I will have some other things happening and then we can talk about it together.

I hope everyone has a safe and happy holiday season.

Be careful and be excellent to each other, 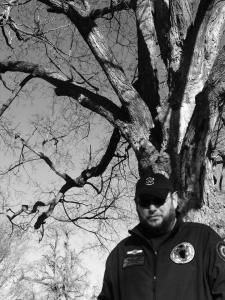